Wonderful 🙂 You make me want to do it

Stack of some of my journals….

Recently, I took some time to go back through the many spiritual journals I have kept on my journey deeper into the mysteries of the druid tradition and my relationship with nature. These journals spanned over a decade. They included a bit of everything: garden interactions, meditations, nature observations, events in my life of deep spiritual significance, recipes, notes from gatherings and visits, stories, experiences with rituals, and much more. I am so grateful to have kept these journals and re-reading them allowed me to rediscover so many pieces about that journey. They allowed me to see not only my own growth over time, but reminded me of important events and encouraged me further on my path.

Journaling and writing down one’s journey doesn’t come easy for many, and I, too, have to work at it!  Further, in working with those new to the…

One of the practices that is fairly consistent across different kinds of druidry today is a druid’s crane bag.  Traditionally, a crane bag was made from the skin of a crane, and served as a spiritual working tool for the druid.  Today, druids of many different paths create and carry such bags and use them for a multitude of purposes.

When I wanted to create a crane bag when I first became a druid seven years ago, I didn’t find a lot of clear information out there about how to go about it. I did find some general suggestions from the AODA (Druid’s Crane Bag).  A lot of what I learned in books and from talking to people wasn’t really tips but rather « do what you think is best for you. »  And while that philosophy is very much in the spirit of druidry, its also not all that…

A great place for finding some good weeds!

Weeds. The term conjures up images of plants that are unwanted and unloved, the bane of township « noxious weed ordinances » and suburbanites, and the quiet recipient of so many unfounded assumptions. Yet these are the plants that are the best medicine, that give us regeneration and life in our soils. These are the plants that can grow in harsh conditions (dry conditions, drought, sidewalk cracks, even handle some chemical sprays) when so many others fail. These weeds are the plants that tend our wounds, that detoxify our bodies, that provide valuable forage for pollinators, that break up compacted soil, that heal our lands. Weeds also occupy a really important niche in our ecosystem–these are often nature’s healing plants, those who come in to begin the process of ecological succession so that nature can heal. We do everything to « avoid weeds » and yet… 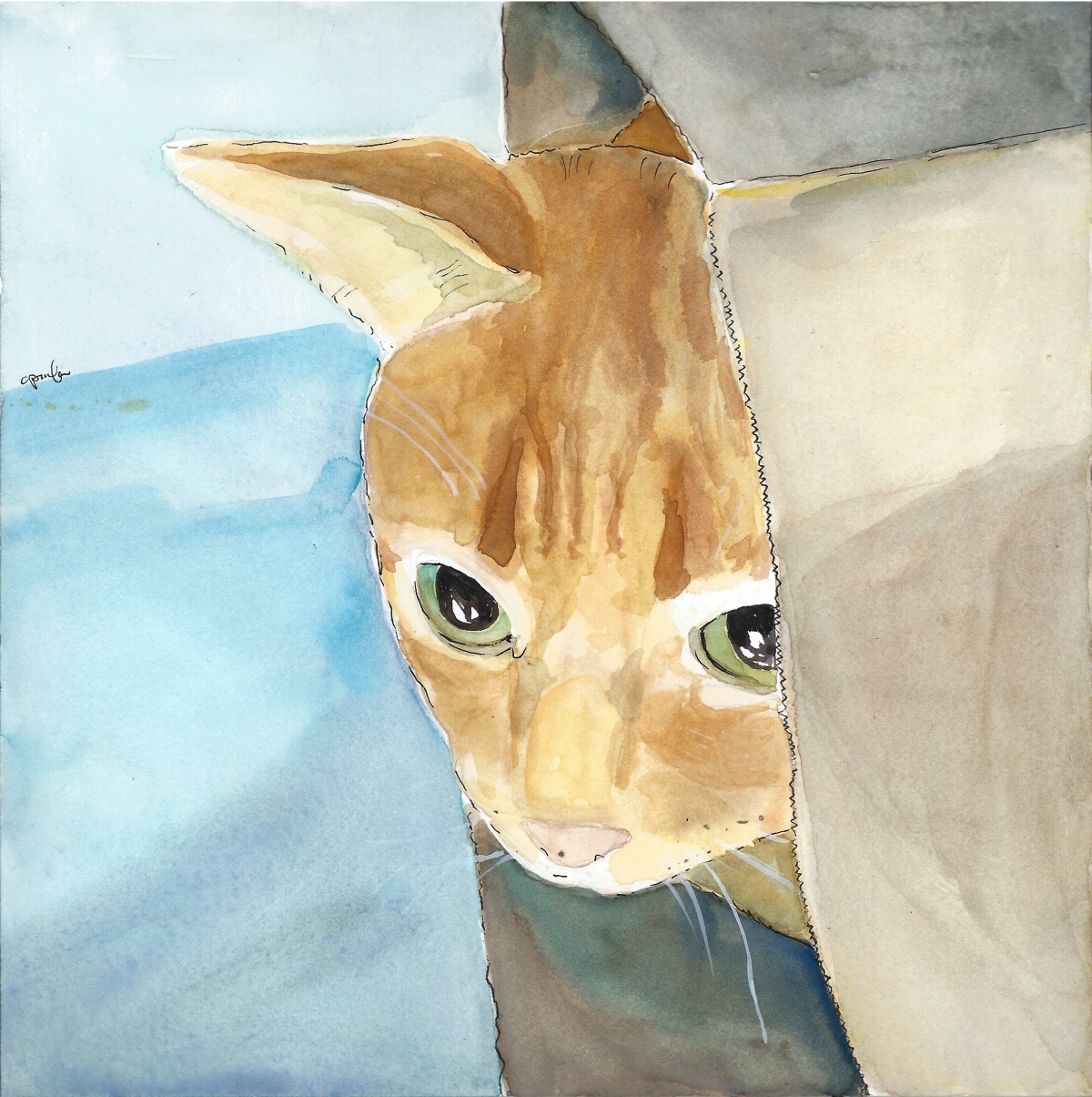 More than 500,000 years ago, the Lesse, a river flowing along the borders of the Ardennes, leaves its natural valley to penetrate into the limestone massif known as Massif de Boine. It leaves 2 km away, after crossing the massif through and through. Crossing the massif, it contributes to the formation of an extraordinary network of subterranean caves, the Caves of Han. 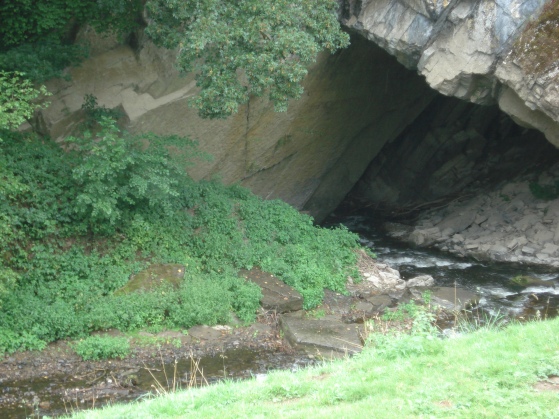 This phenomenon, of loss and resurgence of the river, is one of the few in Western Europe.
The network of caves that is discovered under the massif is of exceptional beauty. With their three Michelin stars, the Han Caves have been visited for 250 years and have already attracted more than 30 million visitors.

The site of the Massif de Boine and the chavée, former abandoned valley of the Lesse, has been converted into an Animal Park of our countries.
This site of 250 hectares of pure nature allows to contemplate these animals in freedom or semi-freedom in a natural setting of an exceptional beauty.
On foot or in Safari-car, venture into this haven of peace of 250 hectares. All these animals evolve in their natural environment.

The Park is the only one in Belgium to welcome European « Big Five »: the wolf, the bear, the lynx, the European bison and the wolverine.

But the Park is also breathtaking panoramas and a very special flora.

The Animal Park consists mainly of species of animals that live or have lived in our regions. These animals evolve in semi-freedom on a territory of 250 hectares. Among these extinct species or hunted from our regions, some have been reconstituted as tarpan or aurochs. Others, threatened, are the subject of great attention and participate in reintroduction programs. 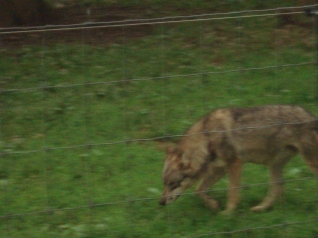 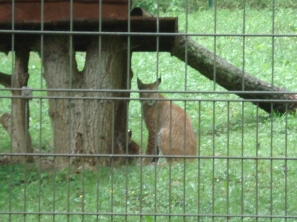 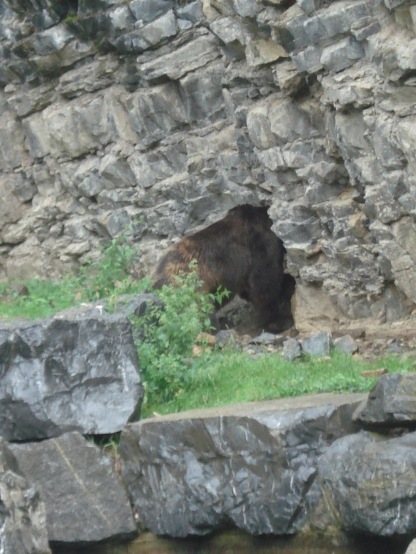 The horse of przewalski 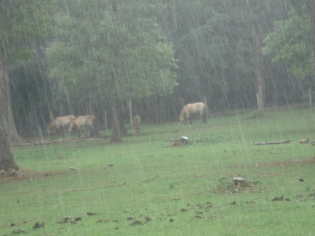 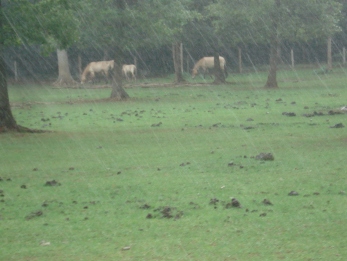 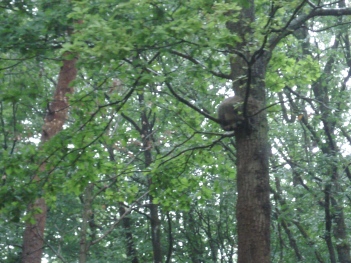 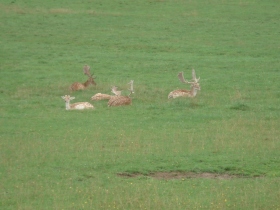 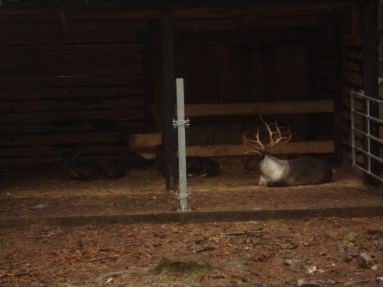 The aurochs of Heck 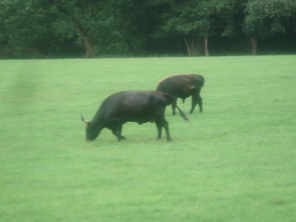 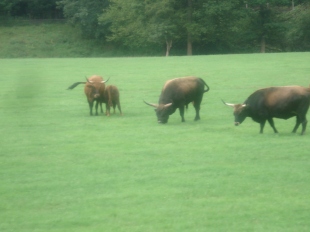 The donkey of Poitou 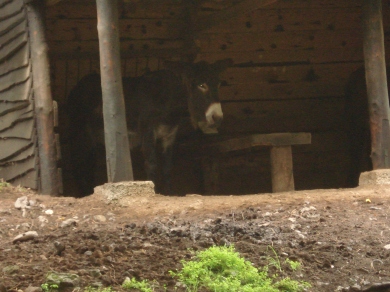 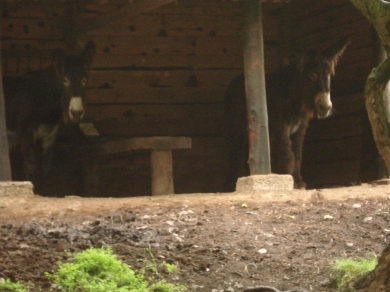 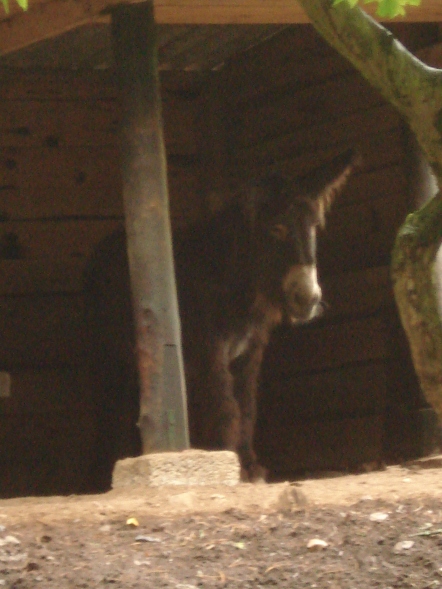 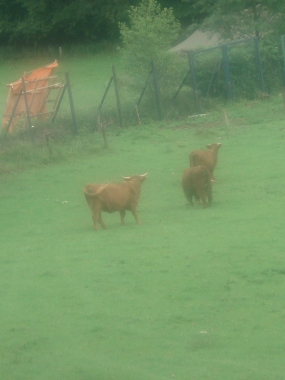 Sorry for the awful quality of pics, but they were made during the safari-car and the whether was not good this day.

Back to school this week so I’ve not been able to get out much with my camera.

I heard a rustling amongst the dead leaves, expecting it to be a blackbird searching for food, I was surprised to see a little wood mouse staring back at me. 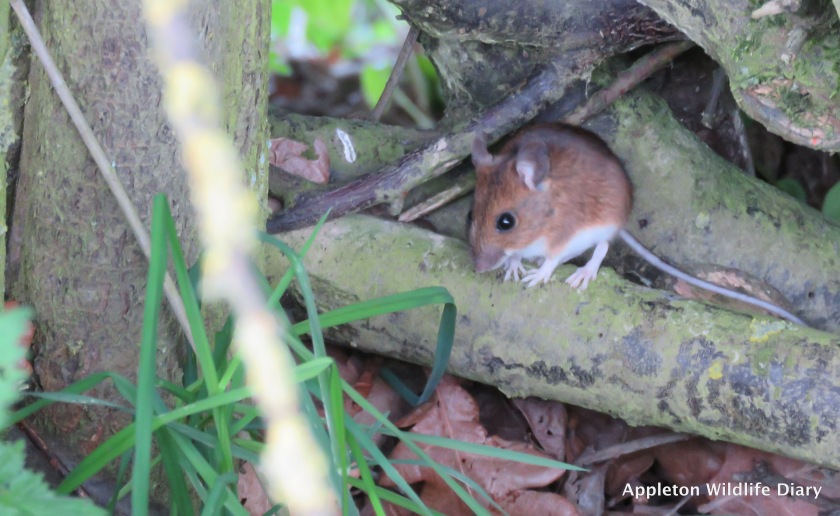 The rat has been back after bird food, the scar has healed up on his nose but I can tell it is the same rat as he has a piece missing from his right ear. 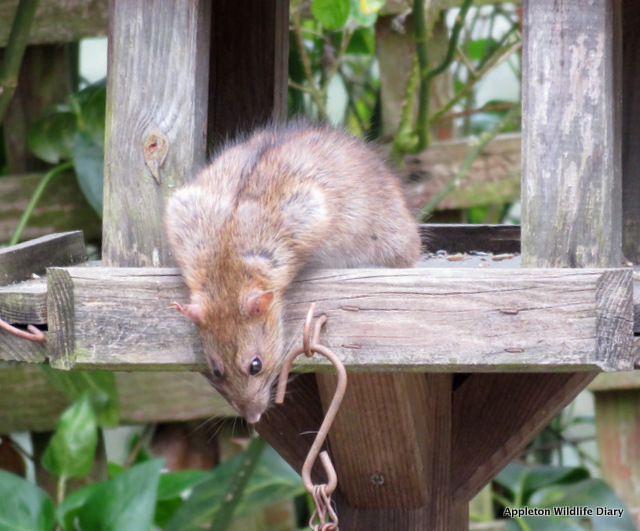 Despite the cold and dry weather there are still a few worms to be found.

One of the local foxes has been coming up to the garden gate to drink. Both nearby ditches have dried up so a good water source is important.

Last Saturday I went down to Bristol to join in with the March for Science. There were some fantastic speakers with some important messages. Marches… 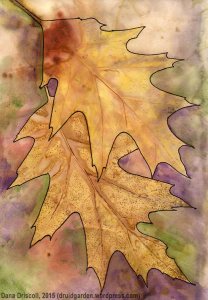 Working with the land, in harmony and peace

One of the things I’m hoping to do on this blog, in addition to my usual « how to » posts, permaculture, and tree work, is give us a set of working tools and philosophical lenses through which to see and interact in the world.  Today’s post does just this–explores two concepts underlying much of industrial civilization and various reactions to it, and does so with a distinctly druidic lens.

In The Unsettling of America: Culture and Agriculture, Wendell Berry discusses two approaches to living and inhabiting the world–the practice of exploitation and the practice of nurturing. Berry wrote The Unsettling of America in the 1970’s as a small family farmer’s response to the rise of “Big Ag” and industrialized food systems. The book was truly visionary, and, if read today in 2015, rings even more true than it did in the 1970’s. Berry…