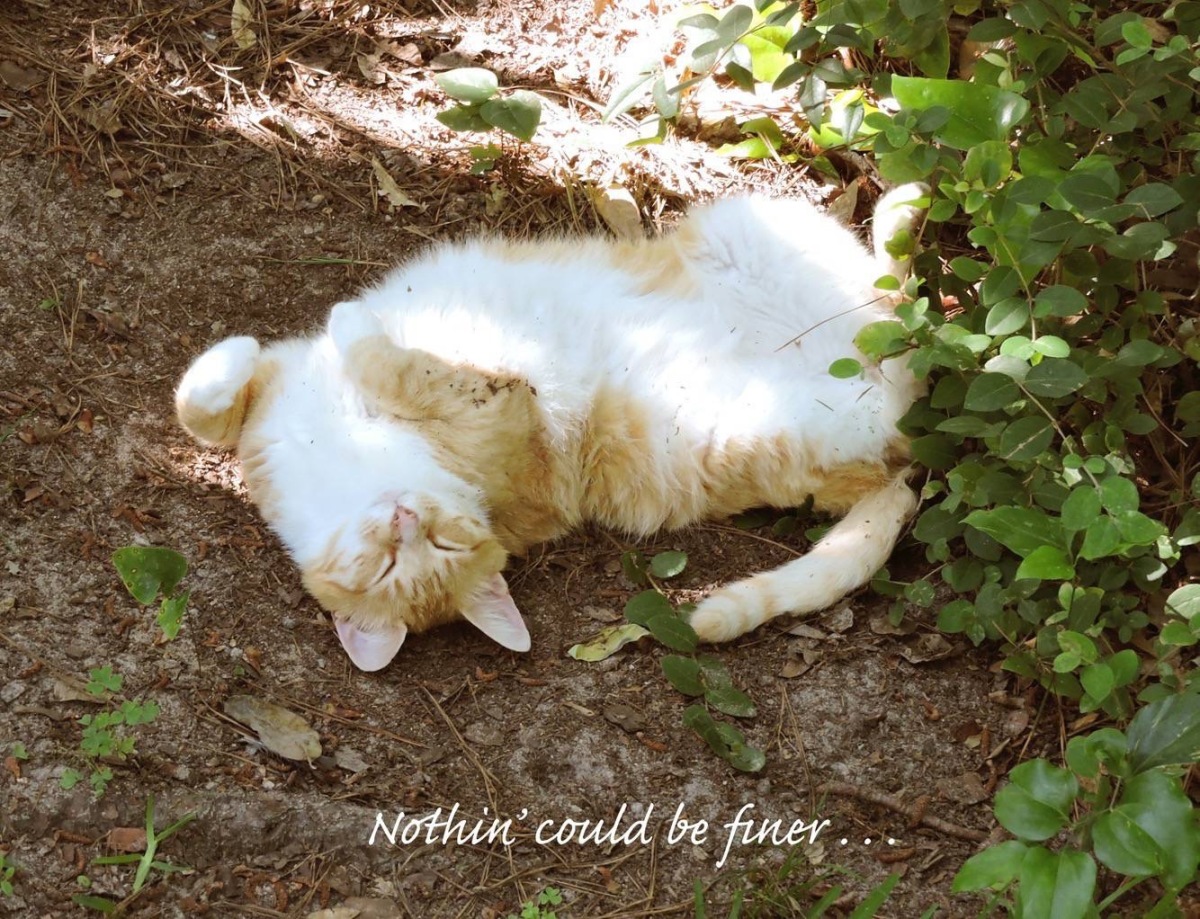 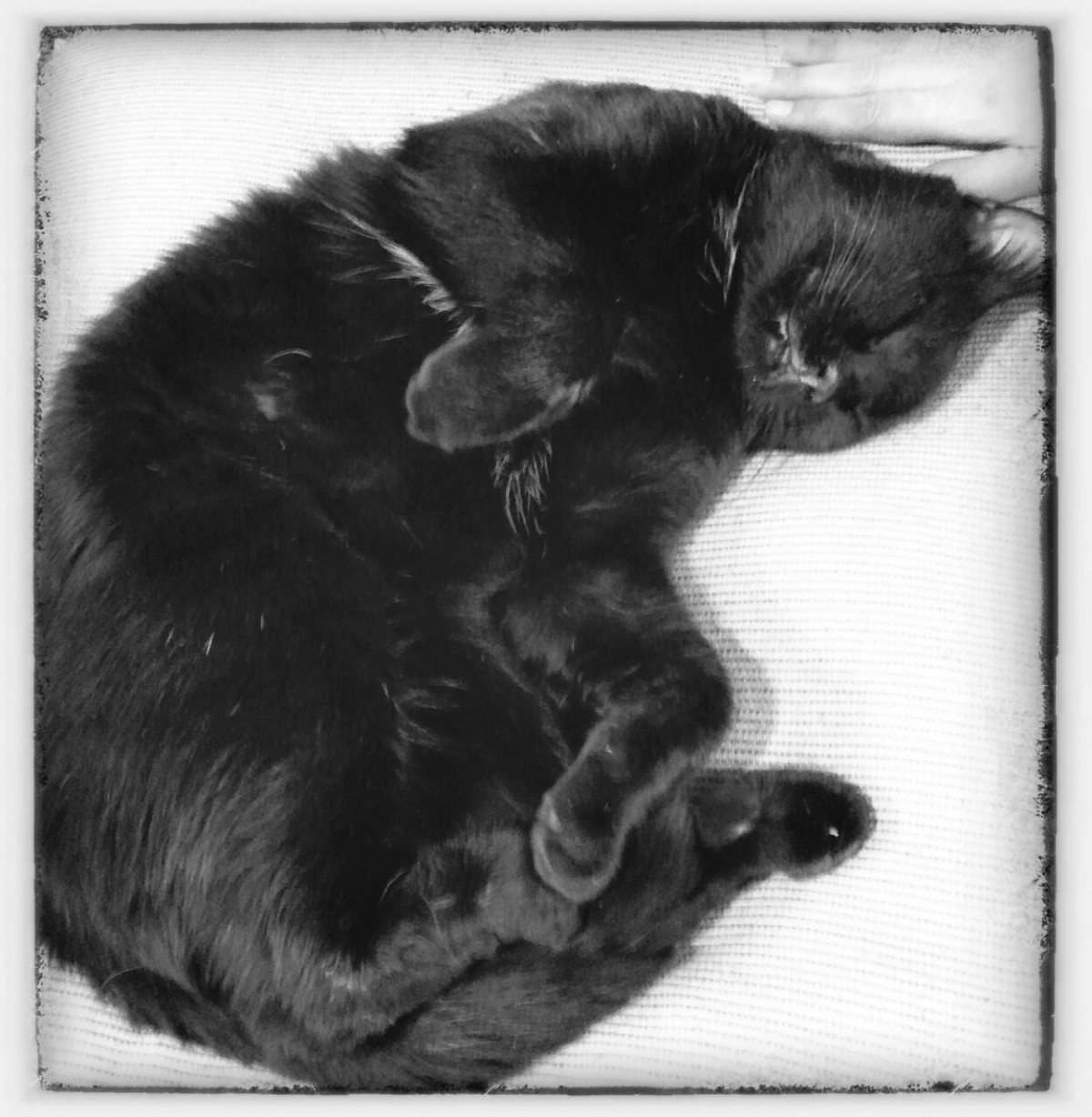 The Geranium macrorrhizum are trying to escape. They are squeezing through the railings and cascading over the wall! The bumblebees still managed to catch them though. When bees fly they build up a…

The Geranium macrorrhizumare trying to escape. They are squeezing through the railings and cascading over the wall! 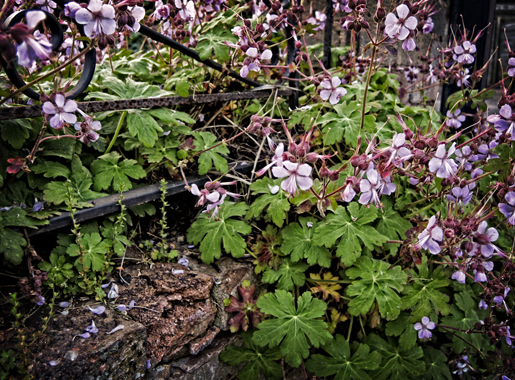 The bumblebees still managed to catch them though. When bees fly they build up a positive electrostatic charge, whereas flowers have a negative one. When a bee approaches a flower the difference in the charges causes a spark in the electrostatic field. New research shows that this electrostatic energy causes the bee’s hairs to move. These vibrations from the hairs are picked up by the bee’s nervous system and the bee can then interpret these signals. 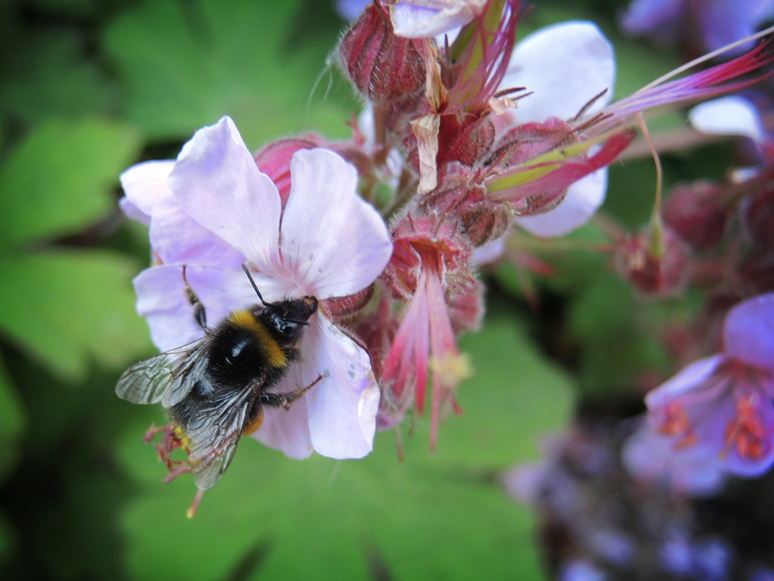 As you can see, bees and flowers are in such harmony. As the bee feeds, so its fluffy bum is picking up a load of pollen, ready to be dabbed onto the next flower. And now we know that they « chat »! 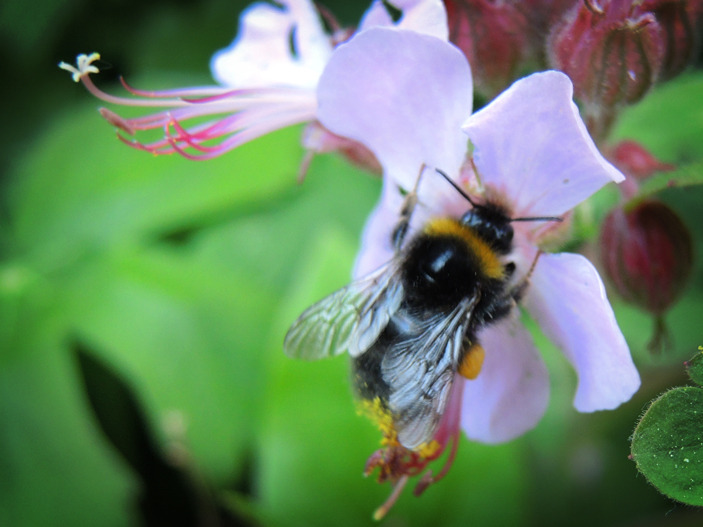 I think this might be a garden bumblebee, Bombus hortorum. I was confused by… 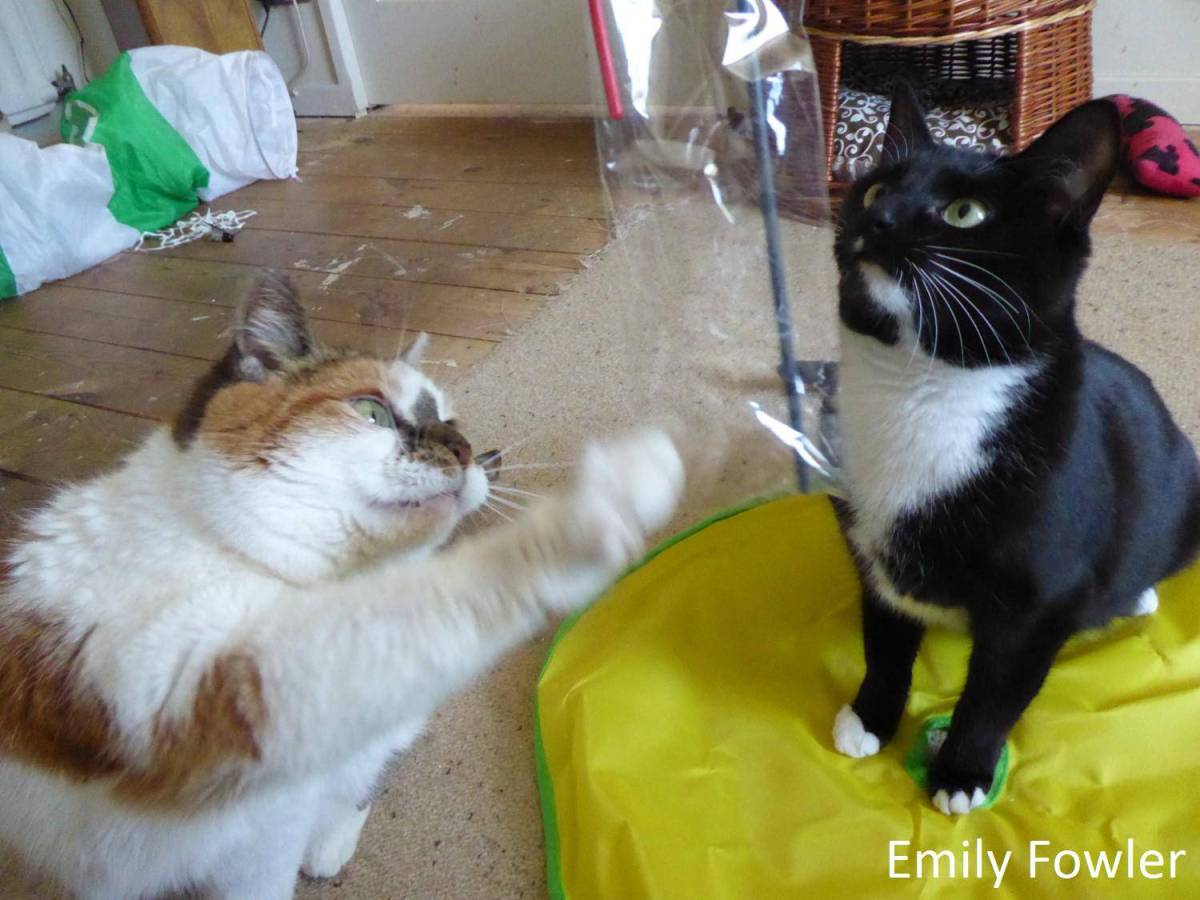 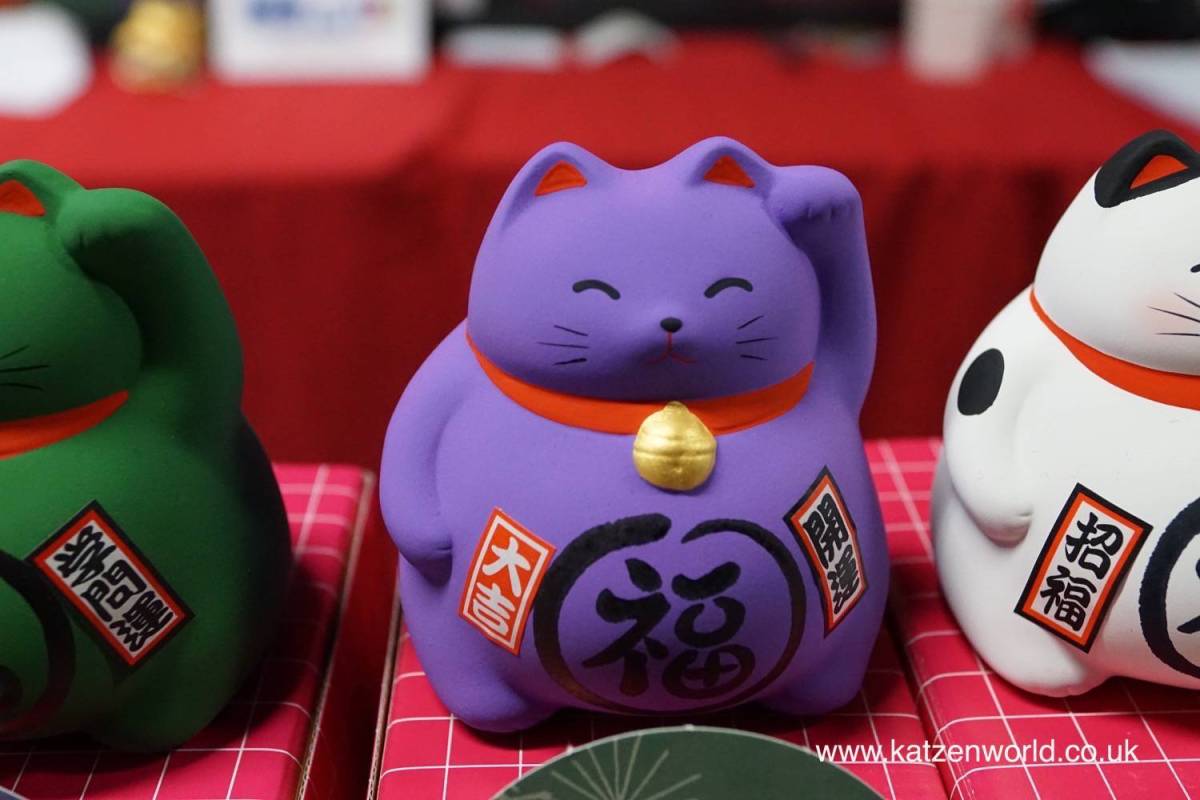 All the way back in June Rambling Ratz posted an item about Hawthorn Blossom. It explained a little about the folklore of this very pretty tree; some of it was even quite interesting. 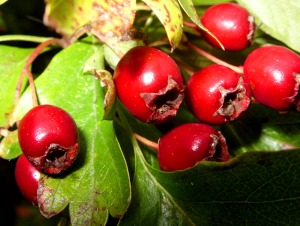 Now here we are in October and the blossom has fruited into shiny red haws. The word haw now refers to such fruits or berries; in old English however, it meant hedge. Hawthorn trees used to be popular hedge making material.

These fruits are a very important winter food source for birds, especially thrushes. Humans also seem to like to turn them into jellies or jams. For the chefs amongst you here is a recipe for a jelly, which makes a good Christmas present apparently. 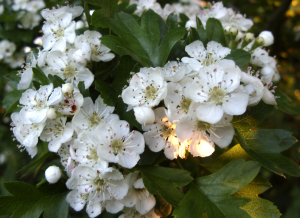 Much of the folklore revolves around the blossoms and the wood of the hawthorn rather than the berries. Folk have long considered hawthorn berries to be a good tonic for the…

The local hedgerows are a-glow with white fluffy clouds of hawthorn blossom, as though wearing 18th century powdered wigs. I thought I really must take some photographs for my readers. 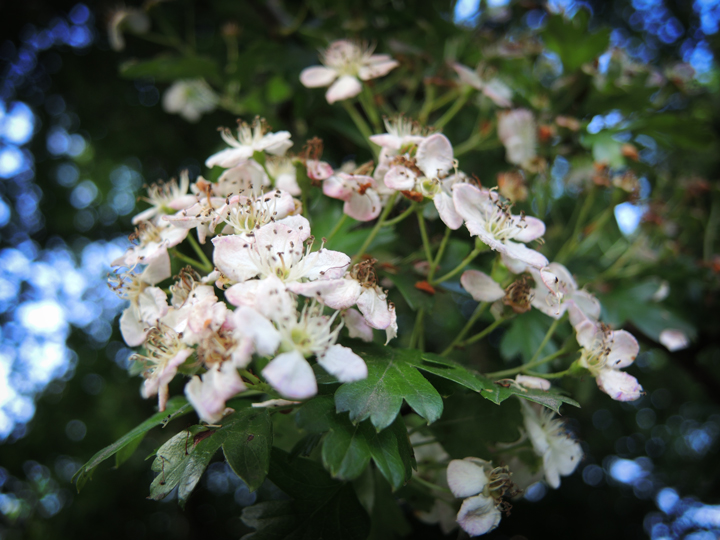 Between thinking about it and actually doing it we had a thunderstorm with torrential rain. Most of the blossom has been knocked off, and what is left, looks a little bedraggled. 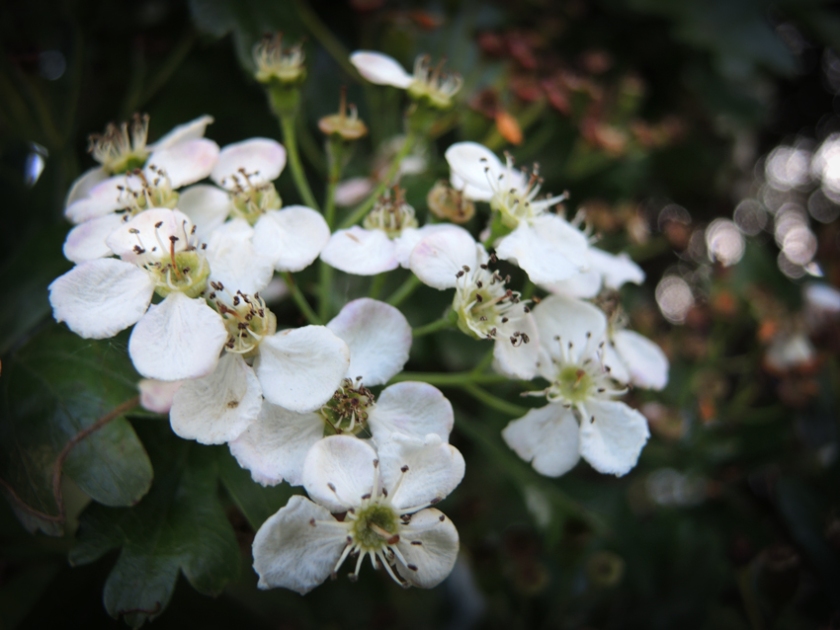 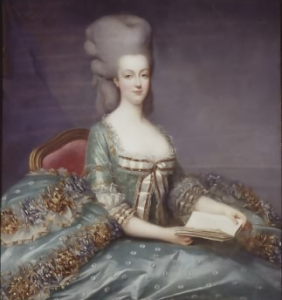 Marie Antoinette: François-Hubert Drouais [Public domain], via Wikimedia Commons By the way, powdered wigs ceased to be popular in Britain after a tax was levied on powder in 1795. Whereas the outrageously huge French poufs got the chop in 1798, not being quite so de rigueur after the French Revolution.